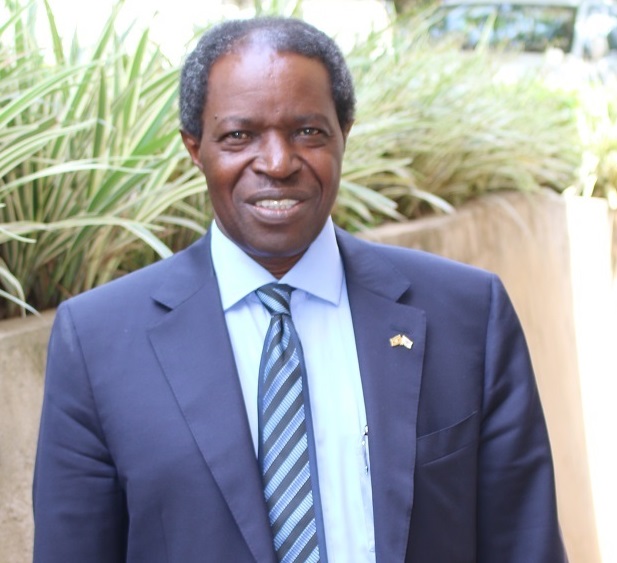 Professor William Bazeyo, the immediate former Dean of Makerere University School of Public Health has been named among the six Tufts honorary degree recipients for class of 2021.

Prof. Bazeyo, a recipient of the Gold Medal, Uganda’s highest civilian honor will receive an honorary Doctor of Science degree during the all-university ceremony, to be held virtually on the morning of May 23 starting at 9:00 AM ET according to Professor Anthony Monaco, president of Tufts University.

He will be awarded alongside Maria B. Barrett, Stacey B. Gabriel, Hamdi Ulukaya, Ofelia Zepeda, and Bryan Stevenson. They will join lawyer, author, and civil rights advocate Bryan Stevenson.

Betsy Busch, the Chair Honorary Degree Committee says the conferral of honorary degrees has a long and distinguished tradition at Tufts University.

“The first honorary degree was awarded in 1858, one year after our first Commencement,” says Busch, also an Associate Clinical Professor of Pediatrics at Tufts University School of Medicine.

Tufts University confers honorary degrees to recognize extraordinary talents and contributions. The nominees for this award according to the institution’s website should have a record of distinguished and sustained accomplishment. They may be honored for their contributions in the varied academic, scholarly, and professional fields represented at Tufts; business and industry; the visual, literary, musical, and performing arts; or public life.

Professor Bazeyo is a Ugandan physician, innovative medical researcher, and academician currently the head of the Makerere University Research and Innovations Fund (RIF). He has previously served as the Deputy Vice-Chancellor in charge of Finance and Administration of Makerere University.

He has led research focusing on One Health innovation initiatives across Eastern Africa and supporting African governments’ efforts to control tobacco use. His work has been funded by USAID, the US Centres for Disease Control and Prevention, and the Bill and Melinda Gates Foundation, among others.

Tufts is a student-centered research university committed to helping students and faculty generate bold ideas. Tufts University is a private research university on the border of Medford and Somerville, Massachusetts. It was founded in 1852 as Tufts College by Christian Universalists who sought to open a non-sectarian institution of higher learning.