Researchers Call for More Capacity in Delivery Care in Uganda 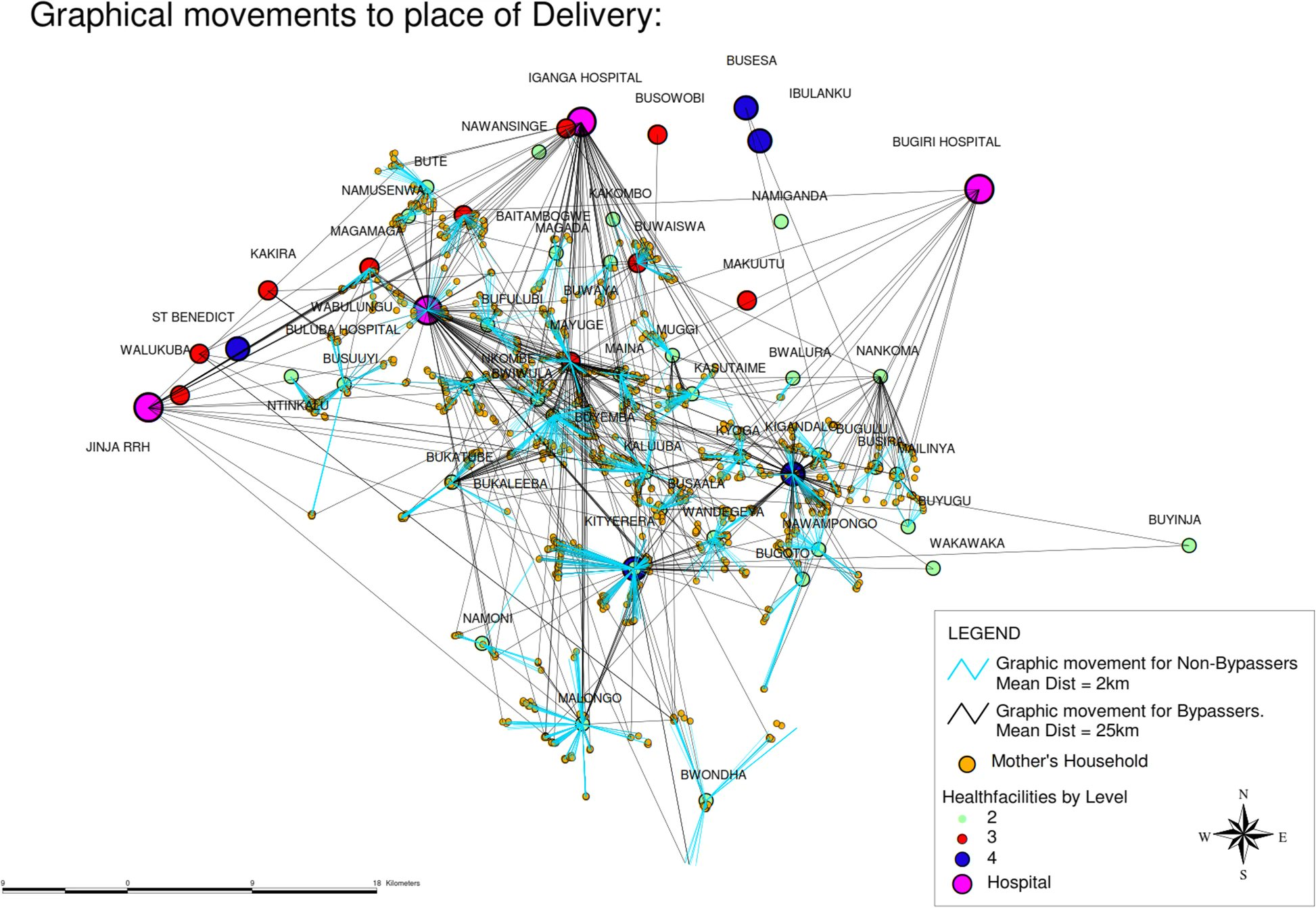 Researchers have called for more capacity in delivery care in Uganda. This is after a study found more women were traveling far for childbirth, bypassing the nearest health facilities.

The latest population-based study on reasons why women travel far for childbirth in eastern Uganda, by researchers from Makerere’s School of Public Health has revealed that a third of women in eastern Uganda bypass the nearest health facility for Child birth.

Published in BioMed Central Pregnancy and Childbirth journal, the study reveals that the extent of bypassing the nearest childbirth facility in this rural Ugandan setting was 29%, and was largely associated primarily with the readiness of the nearest facility to provide care as well the wealth of the household.

Researchers say delivery in a facility with a skilled health provider is the most important intervention to reduce maternal and early newborn deaths. Globally, an estimated 2.6million infants die each year during the first 28 days of life including the one million babies who die during the day of birth.

Statistics obtained from the Uganda Demographic and Health Survey 2016: Key Indicators Report indicate that Neonatal mortality has also remained high and stagnated at 27 deaths per 1,000 live births for over a decade despite increases in the proportion of mothers who now deliver in health facilities (73%) and under the care of skilled obstetrical providers.

Paul Mubiri, a lead author of this research says providing care close to people’s homes is an important strategy to facilitate equitable access to healthcare services. He however notes that many women are known to bypass the closest delivery facility for a higher level one.

“These results suggest inequalities in bypassing for better quality care that have important implications for improving Uganda’s maternal and newborn health outcomes and proposed changes in the public health care system in Uganda to centralise childbirth care at higher level facilities,” Mubiri observes.

Stefan Swartling Peterson, a Professor of Global Health at Uppsala University, Karolinska Institutet and Makerere University contends that Uganda needs much more capacity in delivery care, since it is one of the few countries in the world with such high birth rates, and likely to double its population in the next 20 years.

“I believe people know quality, and seek quality.  That means having the drugs and the equipment, but also a clean facility and staff that treat you well,” he observes.

The study used data collected as part of the Expanded Quality Management Using Information Power (EQUIP) study in Mayuge district between 2011 and 2014. A sample of 3,199 women with an average age of 27 years who had a completed pregnancy in the 12 months prior to the survey were contacted.

Of these, 1,108 (35%) women said they had delivered at home or with a traditional birth attendant while 664 (21%) had delivered at private clinics and 312 (10%) told investigators that they were not able to report on a delivery place.

The sample used for this study only focused on 1,115 women who had delivered in a public health facility. The results show that of all women delivering in a health facility, 45% (about 499 women) did not deliver in the nearest health facility regardless of level of care.

Upon excluding women who delivered in health center II (which is not formally equipped to offer childbirth care and excluding those who were referred or had a caesarean section, 29% of women bypassed their nearest facility to give birth in another facility.

While the proportion of women giving birth in a facility has increased even in poor and remote settings, studies show inequities persist.

In August 2020, the Constitutional Court in Uganda ruled that the government's failure to provide basic maternal healthcare services violates the constitution and subjects’ women to inhumane and degrading treatment.

Referring to the court’s ruling, Professor Stefan argues that the overall challenge to realize the verdict now is realized in the numbers, and the limited capacity of the public delivery facilities. “- only 1 woman in 3 delivered from a public facility, whether the nearest or not. 1 in 3 in private or unknown facilities, and 1 in 3 at home - and the latter may have increased with Corona lockdowns and scares.”

The Lancet Quality of Care Commission, calls for centralizing childbirth care to higher level health facilities and specialized health centers. Researchers say this is already taking place as many Ugandan women bypass their closest delivery facility, even without a formal policy in place.

According to Professor Stefan, Uganda built health center IVs many years ago to get closer to women, but many of those centers remained empty shells without staff or equipment.  “… So, if government provides quality care, women will come.  And the Constitutional Court has now judged that this MUST happen,” he says.

According to the study majority women continue to deliver at lower levels of the health system with only 11% (358 of the 3,199) of total deliveries taking place in Health Centre IVs and the District Hospital.

The researchers contend that a change in policy for all deliveries to happen at these higher-level facilities would require investment commensurate with a nine-fold increase now 11% of deliveries to 100%.

“We have a very bad development model that is unrealistic sometimes. For instance, to say that every village should have a health facility… I mean, if America cannot afford it can we? Whereas we need to reduce the numbers bypassing, it will have to come with other investments in transport system, referral and human resource in those facilities,” says Peter Waiswa, a global infant mortality expert.

Previous studies have advanced a lack of equipment or drugs, skilled health workers, poor physical infrastructure, and lack of facilities to perform operations as the main reasons for high rates of bypassing health facilities, a behavior of delivering in a health facility that is not the nearest childbirth facility to the mother’s home.

Other studies have advanced that a perceived quality of care may be the main driver for bypassing while others attribute the behavior to limited availability of Emergency Obstetric and Neonatal Care services at the nearest health facility in many areas.

Peter Waiswa, who is also Public Health expert and lecturer at MakSPH contends that whereas the study recommends centralizing childbirth care to high level facilities, Uganda is in a dilemma to satisfy the overwhelming numbers who bypass the other lower facilities and congest the main hospitals.

He cites the situation at Kawempe Hospital, where women seeking antenatal and childbirth services have overwhelmed the facility. This, he says could compromise the quality of services.

“It is true that the facilities they are bypassing actually don’t have capacity. The challenge is we are leaving everything to the women. But if you go to Europe, most hospitals women deliver from are just an hour away or 30 minutes away. And there always an ambulance, public transport is also good which is not here,” Professor Waiswa observes.

While scientists report that 29% of women bypassed the nearest facility, 35% delivered at home and 7% delivered in a Health Centre II near home indicating that limited access to obstetrical services is still a major issue in rural Uganda, as also reported in the latest demographic health survey of 2016.

“We found that household wealth was predictive of bypassing. This is similar to other studies from Tanzania and Nepal. Women from wealthier households may prefer to seek care at high-level facilities like hospitals because they can afford these facilities and the associated costs,” says study.

Professor Stefan maintains that Uganda needs to build many more delivery places to receive three times more women immediately, and by six times more in the next 20 years.

“But they also need to offer QUALITY services, both in terms of drug and equipment, and in terms of skilled and courteous staff.  These clinics need to be optimally placed, close enough, but also big enough to allow quality care - with enough skilled staff getting enough practice - without becoming too big and overwhelmed.  That is the real challenge, which will continue to grow as long as birth rates stay as high as they are,” argues Professor Stefan.