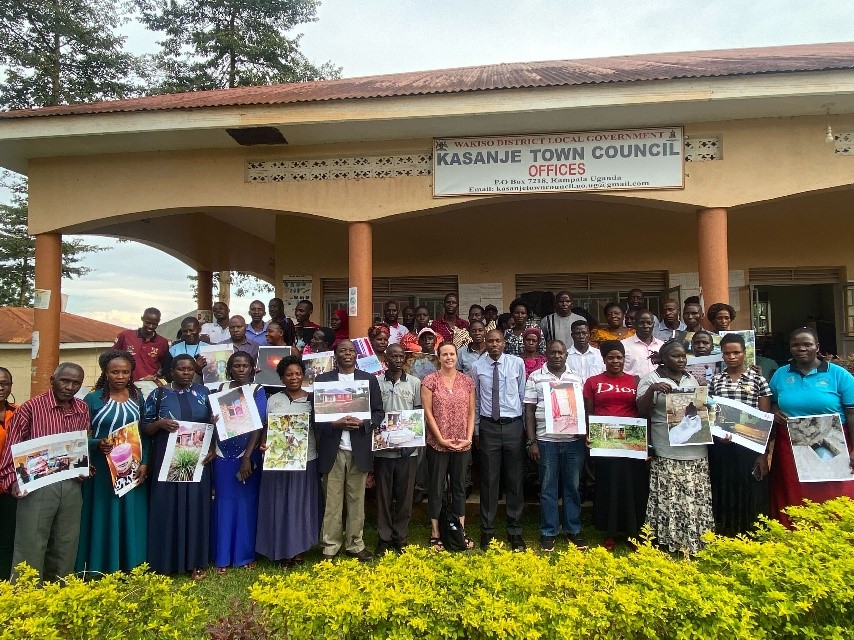 Malaria remains a leading cause of morbidity and mortality especially among children under five years of age in Uganda. As the fight against the disease continues, a combination of several prevention strategies has shown to have greater impact than applying single methods.

Dr. David Musoke, a Senior Lecturer in the Department of Disease Control and Environmental Health at Makerere University School of Public Health (MakSPH) together with a team of researchers implemented a study exploring facilitators and barriers to integrated malaria prevention using photovoice in Kasanje Town Council, Wakiso District.

Photovoice is a participatory research method that involves community members taking photographs to document their experiences, and then discussing the images and their meanings in a group setting. The aim of this study was to understand the community's perspectives and experiences of malaria prevention efforts in Wakiso District, and the workshop was an opportunity for the 20 community members as participants who were given smartphones to take photographs from their communities in relation to integrated malaria prevention over a period of 5 months to share their findings with the MakSPH team and other stakeholders.

While delivering the opening remarks, Ms. Grace Biyinzika Lubega, a Research Associate at MakSPH highlighted the objectives and methodology of the study. Thirty selected photos were presented by the participants who had submitted and discussed them earlier with the researchers during monthly meetings.

In an open discussion session moderated by Mr. Henry Bugembe, the Wakiso District VHT coordinator was held where the participants shared their opinions, existing challenges, and possible solutions regarding the use of different malaria prevention methods holistically.

During the discussions, Mr. Bosco Matovu, the Kasanje Town Council VHT Coordinator, thanked the research team for involving their area in the study and appreciated the smart phones that were given to the participants. He requested the local leaders to support VHTs so that they can continue educating the public and make integrated malaria prevention a priority in their communities. Several local council Chairpersons pledged to work with VHTs to encourage community members to use integrated malaria approaches as well as help in following up such community health programmes.

Mr. Ismail Twaha Biggwa, Senior Health Inspector at Kasanje Town Council, thanked Dr. Musoke and the research team for carrying out the study using the innovation approach with smart phones. He highlighted the uniqueness of photovoice in capturing the different methods used in communities to prevent malaria.

Ms. Doreen Nabwire, the in-charge of Kasanje Health Centre III, commended the researchers for fronting integrated prevention in the fight against malaria. She thanked the research team from MakSPH for working together with Kasanje town council to empower communities to adopt integrated approaches to prevent malaria.

Mr. Henry Kiyega, the Deputy Mayor of Kasanje Town Council, who also represented the Health Secretary encouraged VHTs to educate people about using several methods of malaria prevention some of which are not expensive to implement such as removing mosquito breeding sites.

Dr. Musoke appreciated all the stakeholders including VHTs, Wakiso District Local Government and the MakSPH leadership for the immense contribution towards the success of the study. This project has received funding from the EDCTP2 programme, supported by the European Union (grant number TMA2020CDF-3189) and the Fondation Botnar.